How Multinational Corporations are Gaming the American System

Peter W. Galbraith describes the storm our next president will inherit in his latest book, Unintended Consequences: How War in Iraq Strengthened America’s Enemies. As former US ambassador to Croatia and one of Washington’s leading authorities on Iraq, Galbraith’s analysis carries much weight in DC and in the media. The Iraq war was intended to make the US more secure, bring democracy to the Middle East, intimidate Iran and Syria, help win the war on terror, consolidate American world leadership, and entrench the Republican party for decades. 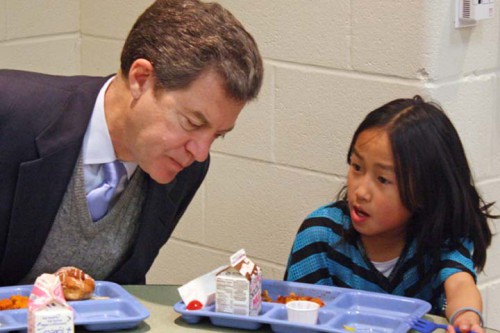 The Kansas Supreme Court has ruled that underfunded poor schools are unconstitutional. So now what, in Kansas and across the country?

Everybody talks about Americans lifting themselves up, competing in the 21st century, through education. But what we spend on the education of children of the affluent versus the middle class and poor is often quite different. This equity issue has just come to a head in Kansas. In a time of economic setback and conservative supremacy, Kansas cut back on state spending that had helped balance educational resources. Last week, the Kansas Supreme Court said no. Some equity between rich and poor districts matters. This hour On Point: the Kansas story, and educational equity in America.

http://www.democracynow.org – Ralph Nader, the longtime consumer advocate, corporate critic, and former presidential candidate, joins us to discuss a number of key issues: the Senate’s marathon filibuster to promote climate action and attendant failure to challenge President Obama on the Keystone XL; new disclosures revealing U.S. regulators hid concerns and uncertainty around the safety of U.S. nuclear plants in the aftermath of the Fukushima crisis three years ago this week; and why he believes President Obama’s call for a $10.10 federal minimum wage falls well short of what workers deserve. Nader is author of the forthcoming book, “Unstoppable: The Emerging Left-Right Alliance to Dismantle the Corporate State.”

Save the Planet. Help the Economy. Tax Carbon

Tonight’s “Politics Panel” discusses the release of Obama’s new budget, why the Governor of Missouri thinks the Keystone Pipeline would be good for his state and how George Zimmerman’s lawyer thinks Florida’s Stand Your Ground law should be changed. Thom talks Ireland’s carbon tax with the leader of Ireland’s Green Party Eamon Ryan, and in tonight’s “Daily Take” Thom discusses why we need to regulate guns like we do automobiles. 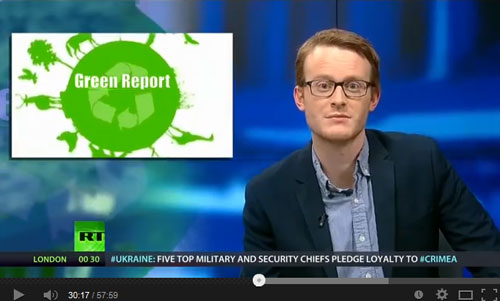 Fukushima: The Story of a Nuclear Disaster

David Lochbaum, Union of Concerned Scientists, joins Thom Hartmann. Today is the third anniversary of the Fukushima Daiichi nuclear disaster. What has government hidden to us about the events of March 11, 2011? And how can we prevent more such meltdowns in the future?

Fossil fuels…leave it in the ground

John Fullerton, Capital Institute, joins Thom Hartmann. Oil companies are rapidly trying to monetize the world’s remaining reserves of fossil fuels. But is this really the best thing to do for the economy?

Can This Coal Plant Save the Climate?

Step inside the project that could be the key to Obama’s climate legacy… or a multibillion-dollar boondoggle.

The Truth About Social Mobility

Many people assume that it is much easier to move between social classes today than in the past. But new research by economist Gregory Clark, based on tracking family names across generations, reveals that mobility rates are lower than conventionally estimated, and that inherited advantage remains a deeply entrenched force.

For more information about the event go to the RSA event page http://www.thersa.org/events/audio-an…

What are complex adaptive systems?