A State Department report fails to take into account the full climate impacts of Keystone XL. Who is Obama protecting?

Michael Mann  theguardian.com, Friday 31 January 2014 16.37 EST
I have made my position on the Keystone XL pipeline quite clear. Approving this hotly debated pipeline would send America down the wrong path. The science tells us now is the time that we should be throwing everything we have into creating a clean 21st century energy economy, not doubling down on the dirty energy that is imperiling our planet. 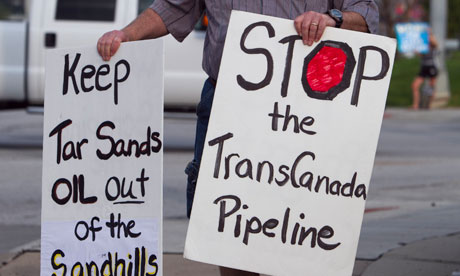 Now that the State Department has just released a final environmental impact report on Keystone XL, which appears to downplay the threat, and greatly increases the odds that the Obama administration will approve the project, I feel I must weigh in once again.

The simple fact is this: if Keystone XL is built, it will be easier to exploit fossil fuel reserves large enough to drastically destabilize the climate. A direct pipeline to refineries and global markets makes the business of polluting the atmosphere that much cheaper and easier.

The only truly accurate examination of the pipeline would include a full cost accounting its environmental footprint. It needs to take into account how much energy is consumed in refining and transporting the crude from oil sands. It must acknowledge that the pipeline would lower the cost and raise the convenience of extracting and exporting the incredibly carbon-intensive deposits of oil.

There are two main issues at stake in the Keystone XL decision: path dependency and US leadership. Path dependency is the term use to describe the fact that once a policy is put into place, it then constrains future options to those within that policy framework. More simply, the choices we make now determine what choices we get to make in the future.

A classic example is the “qwerty” keyboard layout. Even though this layout may not be the most efficient, it was the first one, and so it became the standard. New keyboard layouts would have to compete with an established format, meaning consumers would have to adapt to a new system they had no experience with. On the basis solely of legacy, inferior standards or policies remain in place, more or less out of inertia.

So, looking through the lens of path dependency, what does the Keystone XL project look like?

http://www.weforum.org/
What environmental, societal and economic forces are reshaping the global context for food security? 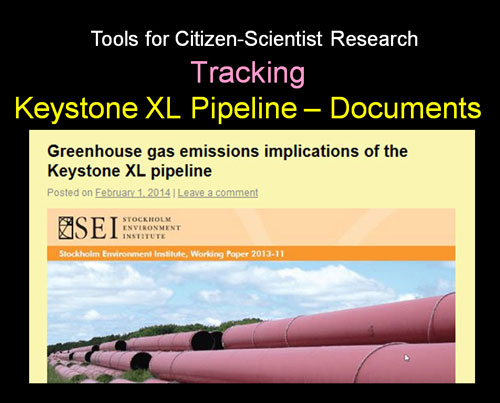 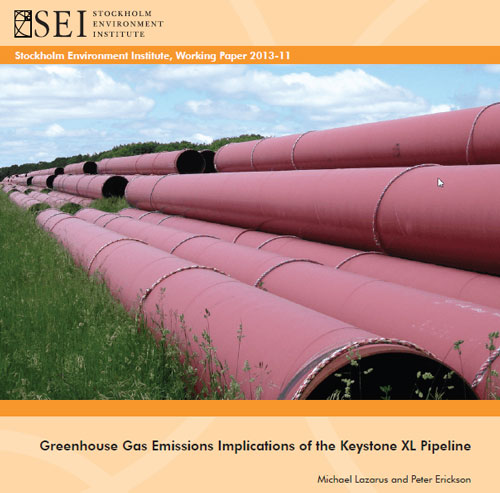 Climate policy and analysis often focus on energy production and consumption, but seldom consider the role of energy transportation infrastructure in shaping energy systems, energy use and related greenhouse gas emissions. The proposal to extend the Keystone XL pipeline, to connect Canadian oil sands production with refineries and ports in the Gulf of Mexico, has brought these issues to the fore. This paper looks how the pipeline might affect global GHG emissions, with particular focus on its potential to affect global oil consumption by increasing supply and thus decreasing prices – an aspect that has received remarkably little attention among existing Keystone assessments. We consider a range of possible outcomes, if the Keystone XL pipeline were not completed: 1) that the same amount of oil (100% of Keystone capacity) would reach the market anyway by other means; 2) that half of it would; or 3) that none would. For the latter case, we find that the pipeline’s impact on global oil prices, though modest (less than 1%), could be enough to increase global oil demand by 510,000 barrels per day, or 62% of Keystone XL capacity. Such an increase could boost global GHG emissions by as much as 93 million tCO2e per year in 2020. If only half of the oil were to otherwise reach the market, the impact would be roughly half that size. These findings suggest that the U.S. government should more closely examine the pipeline’s potential effect on oil markets before making a final decision. An advantage of a simple model such as the one we constructed – using publicly available supply curves and peer-reviewed demand elasticities – is that it is highly transparent, and allows one to gauge the magnitude of possible effects. Similar approaches could also be used to analyze other proposed fossil-fuel infrastructure projects.

A Victory in the Fight Against Keystone XL

Sparked by the arrests of 1,253 non-violent protesters outside the White House in August, 2011, a vast grassroots campaign ignited and brought together people and environmental organizations from across the continent to fight the proposed Tar Sands Keystone XL Pipeline. On November 6, 2011, over 10,000 protesters surrounded the White House to urge the President to stand up to the oil industry and stop the pipeline.

On Resilience: Michaela Murphy at TEDxBarnardCollegeWomen

Michaela Murphy is a writer, playwright, and interactive web specialist. Her work has been featured on NPR, Off-Broadway, The Liar Show, The Moth main-stage and the Clinton White House. In her TEDx talk, Murphy explores the idea of RESILIENCE as one of the key principles to building a world where leadership is constantly re-imagined to reflect the needs of women and society and where it is commonplace for women to attain and exercise power.

The Athena Center for Leadership Studies at Barnard College was proud to host a diverse and talented line up of speakers who shared their stories, exemplifying it’s Core 10 tenets for re-imagining leadership. http://www.TEDxBarnardCollegeWomen.com