THE BEST OF MEET THE FARMER TV PT. 2

Eliminate the Impossible by Jonathan Cole

Another round of wintry weather is affecting a large portion of the U.S. just as many are setting out for holiday traveling. Many areas from the Texas Panhandle to northern New England are being affected by a dangerous ice storm. Meteorologist Eric Fisher of CBS Boston station WBZ has the latest. 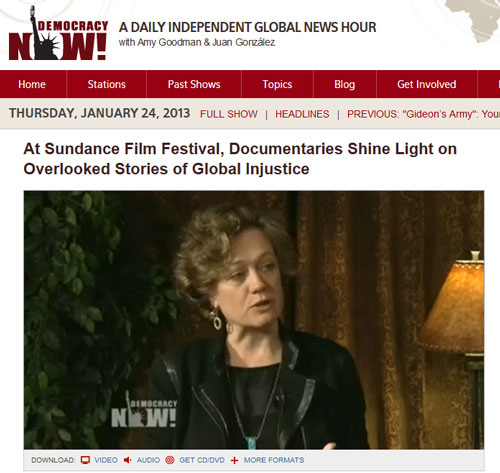 This year’s Sundance Film Festival includes 28 feature-length documentaries from the United States and around the world, covering subjects including the story of WikiLeaks, abortion, the Egyptian revolution, immigration, covert U.S. wars, and many more. All five of the films nominated for the 2013 Academy Award for best documentary have premiered at Sundance: “5 Broken Cameras,” “The Gatekeepers,” “How to Survive a Plague,” “The Invisible War” and “Searching for Sugar Man.” We’re joined by Cara Mertes, director of the Sundance Institute Documentary Film Program and the Sundance Documentary Fund. “We’re supporting a global, independent documentary movement,” Mertes says. [includes rush
transcript]

Since 2010, Democracy Now! has broadcast live from the annual Sundance Film Festival where award-winning journalist Amy Goodman sits down with many top documentary filmmakers.

The Day We Learned To Think – Documentary

The Day We Learned To Think – Documentary

The Last Hours of Humanity: Warming the World to Extinction

“Last Hours” is the first in a series of short films that explore the perils of climate change and the solutions to avert climate disaster.

The Truths Behind ‘Dr. Strangelove’ : The New Yorker

This month marks the fiftieth anniversary of Stanley Kubrick’s black comedy about nuclear weapons, “Dr. Strangelove or: How I Learned to Stop Worrying and Love the Bomb.” Released on January 29, 1964, the film caused a good deal of controversy. Its plot suggested that a mentally deranged American general could order a nuclear attack on the Soviet Union, without consulting the President. One reviewer described the film as “dangerous … an evil thing about an evil thing.” Another compared it to Soviet propaganda. Although “Strangelove” was clearly a farce, with the comedian Peter Sellers playing three roles, it was criticized for being implausible. An expert at the Institute for Strategic Studies called the events in the film “impossible on a dozen counts.” A former Deputy Secretary of Defense dismissed the idea that someone could authorize the use of a nuclear weapon without the President’s approval: “Nothing, in fact, could be further from the truth.” (See a compendium of clips from the film.) When “Fail-Safe”—a Hollywood thriller with a similar plot, directed by Sidney Lumet—opened, later that year, it was criticized in much the same way. “The incidents in ‘Fail-Safe’ are deliberate lies!” General Curtis LeMay, the Air Force chief of staff, said. “Nothing like that could happen.” The first casualty of every war is the truth—and the Cold War was no exception to that dictum. Half a century after Kubrick’s mad general, Jack D. Ripper, launched a nuclear strike on the Soviets to defend the purity of “our precious bodily fluids” from Communist subversion, we now know that American officers did indeed have the ability to start a Third World War on their own. And despite the introduction of rigorous safeguards in the years since then, the risk of an accidental or unauthorized nuclear detonation hasn’t been completely eliminated.

The command and control of nuclear weapons has long been plagued by an “always/never” dilemma. The administrative and technological systems that are necessary to insure that nuclear weapons are always available for use in wartime may be quite different from those necessary to guarantee that such weapons can never be used, without proper authorization, in peacetime. During the nineteen-fifties and sixties, the “always” in American war planning was given far greater precedence than the “never.” Through two terms in office, beginning in 1953, President Dwight D. Eisenhower struggled with this dilemma. He wanted to retain Presidential control of nuclear weapons while defending America and its allies from attack. But, in a crisis, those two goals might prove contradictory, raising all sorts of difficult questions. What if Soviet bombers were en route to the United States but the President somehow couldn’t be reached? What if Soviet tanks were rolling into West Germany but a communications breakdown prevented NATO officers from contacting the White House? What if the President were killed during a surprise attack on Washington, D.C., along with the rest of the nation’s civilian leadership? Who would order a nuclear retaliation then?

Marion Nestle is Paulette Goddard Professor in the Department of Nutrition, Food Studies, and Public Health (the department she chaired from 1988-2003) and Professor of Sociology at New York University. Her degrees include a Ph.D. in molecular biology and an M.P.H. in public health nutrition, both from the University of California, Berkeley (continues below).

For her c.v., Click Here. For photos, see below. 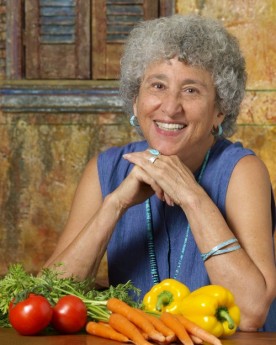 Her first faculty position was in the Department of Biology at Brandeis University. From 1976-86 she was Associate Dean of the University of California San Francisco (UCSF) School of Medicine, where she taught nutrition to medical students, residents, and practicing physicians, and directed a nutrition education center sponsored by the American Cancer Society.

From 1986-88, she was senior nutrition policy advisor in the Department of Health and Human Services and managing editor of the 1988 Surgeon General’s Report on Nutrition and Health. She has been a member of the FDA Food Advisory Committee and Science Board, the USDA/DHHS Dietary Guidelines Advisory Committee, and American Cancer Society committees that issue dietary guidelines for cancer prevention. Her research focuses on how science and society influence dietary advice and practice.

and interviews and talks by Marion Nestle.