The Political Economy of Predatory Capitalism

(Image: Bad investment via Shutterstock)The world is returning to the predatory laissez-faire capitalism that immiserated millions in the early 20th century and is predicated on neoliberal “voodoo economics,” void of empirical reference.

Fukushima Update: The Nuclear Disaster That Won’t Go Away 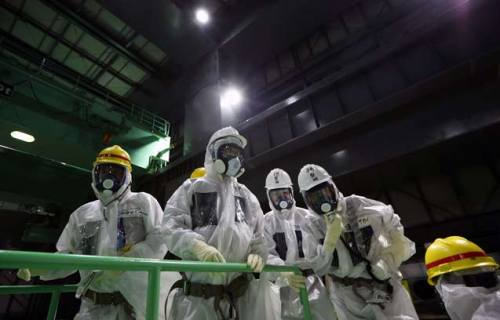 When was the last time you heard an update about the Fukushima nuclear disaster on the evening news? Yeah, that’s what I thought. You might take the silence to mean that everything’s fine, but it’s not. In fact, if the little blips and pieces of news coming out of Japan are any indication, things are far from fine, and are getting worse by the second. Those of us in other countries, even on the other side of the world, may soon get our own taste of nuclear fallout.

On New Year’s Day (nearly three years after the initial incident) operators of the Fukushima plant reported that “plumes of most probably radioactive steam” had been seen rising from the reactor 3 building. According to RT.com, “the Reactor 3 fuel storage pond still houses an estimated 89 tons of the plutonium-based MOX nuclear fuel composed of 514 fuel rods.” Unfortunately, high levels of radiation inside the building make it nearly impossible to determine the source of the mystery steam. Although TEPCO, the plant’s operator, claims there’s no increased danger (small comfort from the people who admitted to the world that they have no control over the situation), most agree that the plant is just seconds away from another disaster.

Agriculture accounts for more than 40 percent of gross domestic product across the region. The report says soil deficiencies in many parts mean agricultural productivity is falling.

Ecosystems are depleted, infrastructure is poor and there’s a lack of reliable information and policy coordination. Meanwhile weather systems are becoming more erratic and violent.

“Climate change will have far-reaching consequences for the poor and marginalized groups, among which the majority depend on agriculture for their livelihoods and have a lower capacity to adapt…this situation is likely to become more desperate and to threaten the very survival of the most vulnerable farmers as global warming continues,” says the study.

Crop production across the region depends overwhelmingly on rainfall. Many areas are likely to see less rainfall in future and an increased incidence of droughts. In 2011 there were prolonged droughts in Ethiopia, Kenya and Tanzania.

Rising temperatures in many areas are likely to result in reduced crop yields: harvests of wheat, soybean, sorghum and irrigated rice could decline by between 5 percent and 20 percent, with irrigated rice production being the hardest hit. However, output of rain-fed maize and rain-fed rice might increase slightly, due to increased rainfall in some areas. 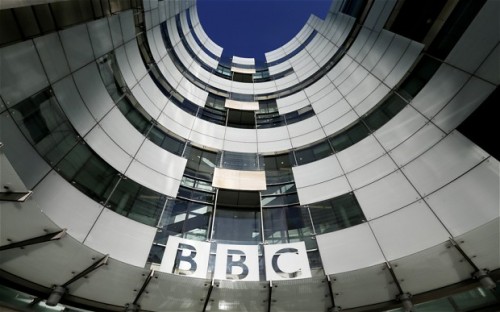 The BBC has been embroiled in a lengthy legal battle to keep details of an executive conference about climate change secret. Photo: PA

The BBC spent thousands of pounds over six years attempting to “cover up” a climate change seminar credited with shaping its coverage of the environment, it emerged today.

At least £20,000 was paid out by the corporation battling a Freedom of Information request about the conference that featured lectures by green activists and scientists, it was revealed.

Almost 30 of the BBC’s most senior executives – including the head of TV news and future director-general – attended the event in 2006 which was funded with a grant from the former Labour government.

According to the Mail on Sunday, a senior official admitted that the “seminar had an impact on a broad range of BBC output”, including news reports and a three-part series on the environment and global warming.

The disclosure is likely to fuel claims of a lack of balance surrounding the corporation’s coverage of the issue.

The consequences of climate change stretch beyond deep freezes. In South Korea, warmer temperatures have already begun to lengthen tick and mosquito season, causing the number of infectious diseases to rise by more than 20,000 cases from 2012 to 2013, according to a report from the Korea Centers for Disease Control and Prevention in The Korea Herald.

(ABOVE: Diseases Spread by Mosquitos, Ticks and More)

This finding reinforces a belief long held by epidemiologists and climatologists — that climate change will dramatically increase the prevalence of vector-borne disease across the globe.

In 2013, 77,215 Koreans were diagnosed with an infectious disease, compared to 51,520 in 2012. The Korea CDC specifically cited a spike in the cases of scrub typhus, an illness that causes fever, headaches, rashes and scabbing, as one example for the increase.

“The Korean Peninsula’s climate is turning subtropical and more people are coming in and out of the country,” Kim Woo-joo, professor of infectious disease at the Korea University Guro Hospital, told The Korea Herald. “We have to take steps to prevent new diseases from spreading in the country.”

In addition to warming temperatures, researchers said that many Koreans are traveling to rural areas where more insects might live. These areas could also be responsible for the spread of diseases like dengue fever.

As evident by the recent bird flu death in Canada, those traveling to other countries can be at risk for infectious diseases. The U.S. CDC recommends travelers going to South Korea update their vaccinations, and make sure they have a typhoid vaccine. The CDC warns that diseases spread through contaminated food and water.

Confession [kənˈfɛʃən] n 1. the act of confessing 2. something confessed 3. an acknowledgment or declaration, esp of one’s faults, intentions, misdeeds, or crimes…

THE FORMER PRESIDENT OF THE WORLD BANK, JAMES WOLFENSOHN, MAKES STUNNING CONFESSIONS AS HE ADDRESS GRADUATE STUDENTS AT STANFORD UNIVERSITY. HE REVEALS THE INSIDE HAND OF WORLD DOMINATION FROM PAST, TO THE PRESENT AND INTO THE FUTURE. THE SPEECH WAS MADE JANUARY 11TH, 2010. THE NEXT 19 MINUTES MAY OPEN YOUR MIND TO A VERY DELIBERATE WORLD!

HE TELLS THE GRAD STUDENTS WHAT’S COMING, “A TECTONIC SHIFT” IN WEALTH FROM THE WEST TO THE EAST. BUT HE DOESN’T TELL THE STUDENTS THAT IT IS HIS INSTITUTION, THE WORLD BANK, THAT’S DIRECTING AND CHANNELING THESE CHANGES.

WOLFENSOHN’S OWN INVESTMENT FIRM IS IN CHINA, POISED TO PROFIT FROM THIS “IMMINENT SHIFT” IN GLOBAL WEALTH.

The Collapse of The American Dream Explained in Animation

The Chernobyl disaster (Ukrainian: Чорнобильська катастрофа, Chornobylska Katastrofa — Chornobyl Catastrophe) was a catastrophic nuclear accident that occurred on 26 April 1986 at the Chernobyl Nuclear Power Plant in Ukraine (then officially Ukrainian SSR), which was under the direct jurisdiction of the central authorities of the Soviet Union. An explosion and fire released large quantities of radioactive particles into the atmosphere, which spread over much of Western USSR and Europe.

The Chernobyl disaster is widely considered to have been the worst nuclear power plant accident in history, and is one of only two classified as a level 7 event on the International Nuclear Event Scale (the other being the Fukushima Daiichi nuclear disaster in 2011). The battle to contain the contamination and avert a greater catastrophe ultimately involved over 500,000 workers and cost an estimated 18 billion rubles. The official Soviet casualty count of 31 deaths has been disputed, and long-term effects such as cancers and deformities are still being accounted for.