Mike Papantonio, Ring of Fire Radio joins Thom Hartmann. Two major newspapers have called on the Obama administration to pardon Edward Snowden. But would that ever really happen? And what does all this talk about pardoning and clemency say about the state of our whistleblower laws?

By year 2100, the planet is likely to warm by 4C, scientists warn due to fewer clouds able to reflect the sun’s rays.

Greenland has given a green light to oil exploration in the north east of the country – an area previously untouched by industry. The move comes as the cash-strapped country searches for a way to fix it’s economy and give it independence. RT’s Alexey Yaroshevsky takes a close look at the pros and cons of the decision.

Lord Nicholas Stern discusses how we can change minds and political will surrounding climate change when science and facts fail to do so. Lord Stern believes that we need to make it clear that the risks are enormous, and to exhibit change that is attractive. “We can’t give out, we can’t just say, ‘Oh, this political will stuff is all too difficult. It’s not going to happen.’ Well, if that’s what you really believe, then get a hat and write a letter of apology to your grand children.”

Lord Nicholas Stern discusses the risks that are posed when one invests in hydrocarbons, such as coal, oil, and natural gas. “So if the world does accelerate as we hope it, many of us hope it will, action to control climate change, it means that there’s going to be a capital loss on those things,” said Lord Stern. According to Lord Stern, it is important to understand that investing in hydrocarbon is a very risky business.

Lord Nicholas Stern speaks his thoughts on President Obama and Obama’s climate change policies. “There’s a great deal that we can do without taking legislation through Congress, and that’s what we should do,” said Lord Stern.

Media Matters Research Fellow Oliver Willis explains why income inequality is a serious issue, not a “distraction” from Obamacare.

A whirlpool of frigid, dense air known as a “polar vortex” descended Monday into much of the U.S., pummeling parts of the country with a dangerous cold that could break records with wind chill warnings stretching from Montana to Alabama. (Jan. 6)

Poverty in America: A problem hidden ‘In Plain Sight’ 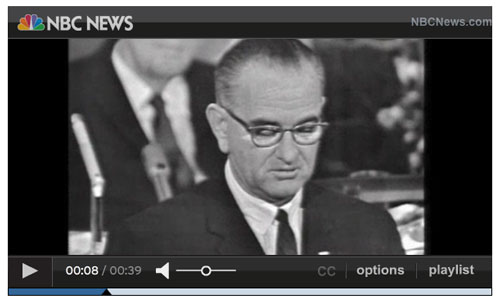 Welcome to the home of “In Plain Sight,” a special initiative by NBC News to report on poverty in America, especially as it appears in forms and in places that many people overlook or choose to ignore.

With more than 46 million Americans living below the poverty line, including 16 million children, our goal is to put a human face on a problem that often can seem overwhelming.

We also plan to cover efforts to ease or even eradicate poverty. This includes heroic individuals who have devoted their lives to working among the poor and the debate over the proper role of government in fighting the problem.

Like the book on which it is based, the film consists of seven parts which explore the interconnected dynamic of global crises of Climate Catastrophe; Peak Energy; Peak Food; Economic Instability; International Terrorism; and the Militarization Tendency — with a final section on The Post-Peak World.