South2North – In memory of Nelson Mandela

Guests share their personal memories of Mandela, stories of his flirty charm, his great humility, and stern authority.

Find out more at http://www.wri.org/support-our-work. “We cannot afford to keep acting like the wildebeest.” – Andrew Steer, WRI President and CEO. The path we are on is neither sustainable, nor inevitable. We can create a more equitable and prosperous planet – but we need your help.

Find out how to support our work at http://www.wri.org/support-our-work

An Eye on the Earth: Stephen Briggs at TEDxBarcelona

This talk gives us examples on how beautiful the earth can be viewed from above. Earth observation can also help humanity in detecting earth movements or helping with valuable information of desaster areas.

Stephen is heading the Department of “Earth Observation” (EO) Science, Applications & Future Technologies of ESA at ESRIN (Frascati), where he is responsible for the exploitation of ESA EO missions (for science, public sector, including GMES, and commercial applications), future technologies programme, studies relating to future missions, interface between ESA’s EO missions with user communities (including consultation, managing requirements and providing scientific advice to the Agency), and ensuring Scientific support and providing application expertise in the development and exploitation phase of all missions and programmes.

America’s midwest is one of the great agricultural zones of the world. The wheat, corn and soybean fields feed millions around the world. And to help meet demand, farmers are trying a novel approach – they’re growing their crops indoors. Al Jazeera’s John Hendren reports from Chicago. 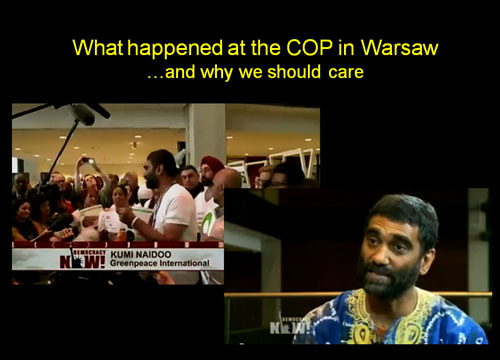 The Death Of Apartheid – The Whites Last Stand

Documentary about the doomed attempt of Eugene Terreblanche’s AWB to stop the 1994 elections which brought the ANC to power in South Africa.

Every household spends £400 each year to subsidise farmers
Related Stories

Farmers’ leaders have urged ministers not to bring in plans to cut subsidies by 15% and transfer cash to wildlife protection in England and Wales.

The National Farmers Union (NFU) has written to every MP, saying the plan to share £3.5bn of farm grants would disadvantage British farmers.

The NFU also warns MPs that going ahead with the move would risk rural votes.

The government said the money would help to build on the “success” of its environmental and rural growth schemes.

Wildlife groups have used newspaper advertisements to urge the government to keep its countryside commitments.

They also say votes are at stake as every household pays £400 a year to subsidise farmers – and people expect their money will be used to protect the environment, not just to shore up farmers’ budgets.

Is there a separate justice system in the US for the rich and powerful? It all depends on whether you believe that Ethan Couch would be in jail right now were it not for his wealthy parents and privileged background.

On 15 June, Ethan, 16, was driving with a blood-alcohol level three times above the legal limit. He lost control of his speeding pick-up truck and killed four pedestrians. On Tuesday, he was sentenced to serve in a high-priced California drug rehabilitation centre paid for by the parents, with no jail time and 10 years of probation.

It’s the court case that has made the “affluenza defence” a household word, as Ethan’s lawyers successfully argued he had a diminished sense of responsibility due to his wealth, pampered childhood, and absentee parenting. Ever since the sentence came down, the media have been rolling in shock and outrage.
….(read more).

Can we handle all the expected new drones?

In just a few years, drone aircraft might be delivering orders from Amazon to your door — at least, that’s what Amazon CEO Jeff Bezos said. But first states and the federal government are wrestling with the implications of many new, pilotless aircraft — how they might affect civil liberties — and how to keep them out of the way of manned aircraft in skies that are already crowded.