Poet and environmentalist Wendell Berry is joined by journalist Bill McKibben in a conversation about writing and civil disobedience. Both men follow in the footsteps of Henry David Thoreau, using the power of the word and acts of civil disobedience to defend fragile ecosystems and preserve threatened communities from degradation. PEN-New England honors Wendell Berry with its Howard Zinn “People Speak” Award.

Inspiring even for agnostics and atheist

Wendell Berry delivered this reading of his work as the 2012-2013 Avenali Chair in the Humanities at the Townsend Center for the Humanities, UC Berkeley. Berry is a conservationist, farmer, essayist, novelist and poet. He is the author of over forty books including “The Unsettling of America: Culture & Agriculture,” and the well-known “Port William” series. The master of many genres, Berry’s focus on farming, community, and agricultural and ecological thinking has remained a constant throughout his work. He has farmed a hillside in his native Henry County, KY, for more than forty years.

Sponsored by the Doreen B. Townsend Center for the Humanities http://townsendcenter.berkeley.edu

Michael Pollan and Wendell Berry discuss food, agriculture, civilization, and Pollan’s newest book, Cooked! Recorded live at the Clifton Center, Louisville, Kentucky, in May of 2013. It was presented by Carmichael’s Bookstore, KFTC and WFPL.

Wisconsin Book Festival brings Wendell Berry and Curt Meine together for a discussion on life.
What a treat!

“An Agro-Ethical Aesthetic:” A Conversation with Wendell Berry

Wendell Berry participated in this panel discussion as the 2012-2013 Avenali Chair in the Humanities at the Townsend Center for the Humanities, UC Berkeley. He was joined by UC Berkeley faculty panelists Michael Pollan (Graduate School of Journalism), Robert Hass (English), Miguel Altieri (Environmental Science, Policy and Management), and Anne-Lise Francois (English and Comparative Literature).

Berry is a conservationist, farmer, essayist, novelist and poet. He is the author of over forty books including “The Unsettling of America: Culture & Agriculture,” and the well-known “Port William” series. The master of many genres, Berry’s focus on farming, community, and agricultural and ecological thinking has remained a constant throughout his work. He has farmed a hillside in his native Henry County, KY, for more than forty years.

Sponsored by the Doreen B. Townsend Center for the Humanities http://townsendcenter.berkeley.edu 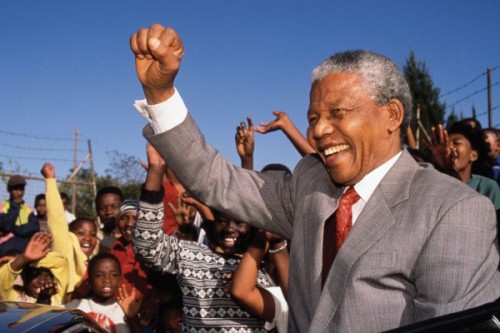 “What counts in life is not the mere fact that we have lived. It is what difference we have made to the lives of others that will determine the significance of the life we lead.” –Nelson Mandela speaking at the 90th birthday celebration of Walter Sisulu, Walter Sisulu Hall, Randburg, Johannesburg, South Africa, 18 May 2002.

Nelson Mandela was never really a prisoner, but a free man always, and now, forever. As a South African, a comrade in the struggle to liberate my homeland from the evil of apartheid and a citizen of the world, my heart is heavy today. The loss was to be expected, but remains hard to bear.

The world has lost a true leader, a true father and a true inspiration. To say he lived a life of significance barely does it justice, and it is not over — he leaves a profound legacy of hope in a world still wracked by injustice and inequity. His inspiration will live on in my heart and in the hearts’ of people everywhere.

My thoughts and prayers are with his family and friends during these hard times. The world has collectively drawn a breath and is mourning. This is a time for reflection and quiet contemplation of a life well lived, for a man well loved.

I was 15 years old when I first heard the name Mandela, or Madiba, as he is fondly known in Africa. In apartheid South Africa he was public enemy number one. Shrouded in secrecy, myth and rumour, the media called him ‘The Black Pimpernel’. He was able to avoid the police, using several disguises — a favorite of which was that of a chauffeur — until the CIA colluded with the apartheid regime to ensure his capture. In Durban, where I was born and grew up, and all over Africa, he was a hero! Now he is a hero to the world.

“Education is the most powerful weapon which you can use to change the world,” he told the University of the Witwatersrand in 2003.

Thinking back to how he shaped my early life as an activist; during the apartheid regime I first stood up to in protest against inequality in education — I fought apartheid education

Today, in his speech at Georgetown University, President Obama challenged us to answer the essential question for every future energy policy decision we face – what will the net climate impact be if this project goes forward?

It was a bold, monumental speech, the best by not only this president, but any president to date on the climate crisis. Greenpeace supporters have told Obama for years that the longer he waited to take sides, the worse climate change would get. Today’s speech showed that the time has clearly gotten late enough for him to publicly side with the people, not the fossil fuel industry.

We proudly stand with the President in the fight against carbon pollution, but we know that this fight won’t be won with words alone.

The President framed the Keystone decision this way:

“Our national interest will be served only if this project does not significantly exacerbate the problem of carbon pollution. The net effects of the pipeline’s impact on our climate will be absolutely critical to determining whether this project is allowed to go forward.”

Within this frame, it’s clear there’s no room in our future for the Keystone pipeline, fracking, Arctic drilling, or giving away our public lands to the coal industry. Each of these projects will have a significant negative climate impact and not be in our national interest.

As nuclear industry and allies in government play down risk, scientists warn there is no such thing as safe radiation

As the nuclear industry and its allies in government attempt to play down the danger of the contaminated ocean waters, scientists warn there is no such thing as safe radiation.

“The highest amount of radiation that will reach the U.S. is two orders of magnitude — 100 times — less than the drinking water standard,” Macfarlane told Bloomberg. “So, if you could drink the salt water, which you won’t be able to do, it’s still fairly low.”

Her claims of safety come on the heels of repeated efforts by TEPCO, the nuclear industry and the Japanese government to cover up and play down the spiraling Fukushima nuclear crisis.

Yet, scientists warn that claims that radiation is not harmful are deceptive.

Over 800 people across the world will get cancer from consuming fish that were contaminated with Fukushima radiation in Japanese waters by mid-July, 2013, according to newspaper Georgia Straight calculations based on a cancer risk formula developed by the Environmental Protection Agency and radiation levels in fish tested by the Japanese Fisheries Agency.

“This is not a one time wave that washes the shore and goes away. Fukushima is continuing to pollute the ocean.”—Arnie GundersenThis is likely only the tip of the iceberg, explained Daniel Hirsch, a nuclear-policy lecturer at the University of California at Santa Cruz, in an interview with Georgia Straight. The number 800 does not account for future fish consumption, unmonitored damaged isotopes released by the Fukushima disaster and a host of other factors that could drastically increase cancer rates, he explained.

Scientists note it is difficult to predict the cancer rates for those on North America’s west coast, and that these cancer statistics do not include a host of other potential ill health effects, including heart disease and genetic damage.