The former Cypriot finance minister claims the IMF and EU bullied him into accepting an unprecedented bailout proposal. So what went wrong in Cyprus? Was the agreement flawed from the beginning? And who is really pulling the strings? What is it really like to negotiate when your country is facing the abyss?

Who’s to blame for the disaster caused by the 2010 Deepwater Horizon rig explosion? The battle over liability continues to play out in court. Bloomberg Businessweek’s Paul Barrett sits down with Hari Sreenivasan to discuss contractor Halliburton’s guilty plea for destroying evidence.

Radiation Still Poses Danger Around the Ruins of Fukushima

Luck has not turned around for now-deserted Fukushima, Japan. Two years after enduring an earthquake, tsunami and nuclear disaster, the area is still radioactive and leaking contaminated water into the sea. Independent Television News’ Alex Thompson shares a rare glimpse of the radioactive ghost town.

Droves of people have turned to local food as a way to retreat from our broken industrial food system. From rural outposts to city streets, they are sowing, growing, selling, and eating food produced close to home—and they are crying out for agricultural reform. All this has made “local food” into everything from a movement buzzword to the newest darling of food trendsters.

But now it’s time to take the conversation to the next level. That’s exactly what Philip Ackerman-Leist does in Rebuilding the Foodshed, in which he refocuses the local-food lens on the broad issue of rebuilding regional food systems that can replace the destructive aspects of industrial agriculture, meet food demands affordably and sustainably, and be resilient enough to endure potentially rough times ahead.
Changing our foodscapes raises a host of questions. How far away is local? How do you decide the size and geography of a regional foodshed? How do you tackle tough issues that plague food systems large and small—issues like inefficient transportation, high energy demands, and rampant food waste? How do you grow what you need with minimum environmental impact? And how do you create a foodshed that’s resilient enough if fuel grows scarce, weather gets more severe, and traditional supply chains are hampered?

This conversation — the first in a a series of Community Resilience Chats hosted by Post Carbon Institute, Transition US, and Chelsea Green Publishing — explores these key questions and more.

In this premier Post Carbon Exchange, Post Carbon Institute Senior Fellow Richard Heinberg talks with Lester Brown, Founder of the Earth Policy Institute, about hopeful developments in alternative energy, as well as the importance of Brown’s updated path toward a sustainable future, “Plan B 4.0”.

How Monsanto Is Terrifying the Farming World 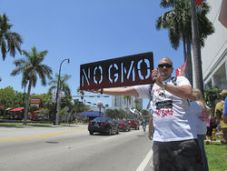 Sara Ventiera
In May, more than 1,300 Miami protesters joined the global march against Monsanto. 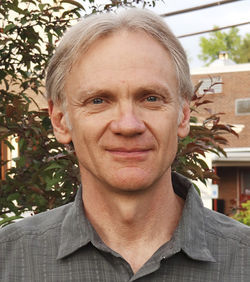 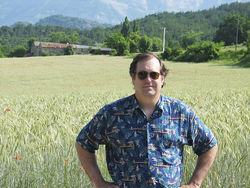 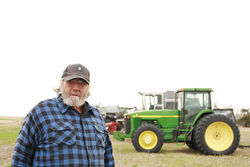 Courtesy photo
Kansas farmer Bryce Stephens had to stop growing organic corn and soybeans for fear of contamination and has 30-foot buffer crops to protect his organic wheat. 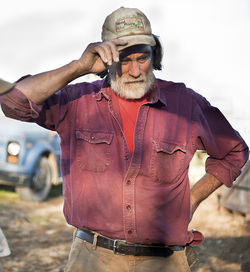 Lottie Hedleya
“Monsanto and the biotechs need to… keep their pollution on their side of the fence,” says Maine farmer Jim Gerritsen. 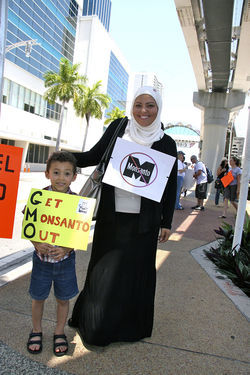 Sara Ventiera
In South Florida, Monsanto protesters of all ages made their concerns known in May.

After hearing that GM crops could potentially increase yields, three farmers in Schmeiser’s region planted fields of Monsanto’s seed. Winds pushed pollen from GM canola into Schmeiser’s fields, and the plants cross-pollinated. The breed he had been cultivating for 50 years was now contaminated by Monsanto’s GM canola.

Did Monsanto apologize? No. It sued Schmeiser for patent infringement — first charging the farmer per acre of contamination, then slapping him with another suit for $1 million and attempting to seize his land and farming equipment. After a seven-year battle, the Canadian Supreme Court eventually ruled against him but let him keep his farm and his $1 million. He was one of the lucky ones.

Schmeiser’s case illustrates how Monsanto is dominating — and terrifying — the agricultural world with secretive technologies, strong-arm tactics, and government approval. According to the Center for Food Safety, Monsanto has filed at least 142 similar lawsuits against farmers for alleged infringement of its patents or abuse of its technology agreement. The company has won 72 judgments totaling almost $24 million.

TEPCO Admits Hiding The Fact Radiation Is Leaking Into The Ocean! They Didn’t To Worry The Public 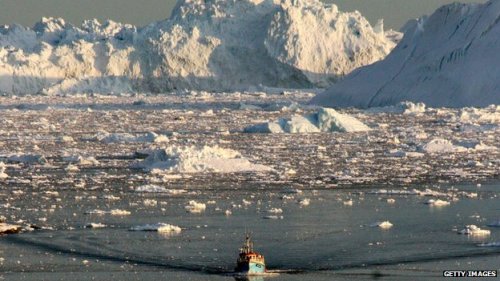 Scientists say that the release of large amounts of methane from thawing permafrost in the Arctic could have huge economic impacts for the world.

The researchers estimate that the climate effects of the release of this gas could cost $60 trillion (£39 trillion), roughly the size of the global economy in 2012.

The impacts are most likely to be felt in developing countries they say.

The research has been published in the journal Nature.

Scientists have had concerns about the impact of rising temperatures on permafrost for many years. Large amounts of methane are concentrated in the frozen Arctic tundra but are also found as semi-solid gas hydrates under the sea.