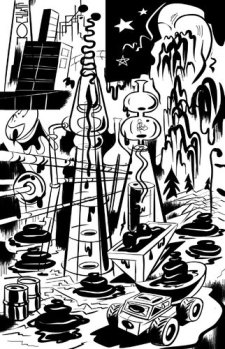 IF President Obama blocks the Keystone XL pipeline once and for all, he’ll do Canada a favor.

Canada’s tar sands formations, landlocked in northern Alberta, are a giant reserve of carbon-saturated energy — a mixture of sand, clay and a viscous low-grade petroleum called bitumen. Pipelines are the best way to get this resource to market, but existing pipelines to the United States are almost full. So tar sands companies, and the Alberta and Canadian governments, are desperately searching for export routes via new pipelines.

Canadians don’t universally support construction of the pipeline. A poll by Nanos Research in February 2012 found that nearly 42 percent of Canadians were opposed. Many of us, in fact, want to see the tar sands industry wound down and eventually stopped, even though it pumps tens of billions of dollars annually into our economy.

The most obvious reason is that tar sands production is one of the world’s most environmentally damaging activities. It wrecks vast areas of boreal forest through surface mining and subsurface production. It sucks up huge quantities of water from local rivers, turns it into toxic waste and dumps the contaminated water into tailing ponds that now cover nearly 70 square miles. …(read more).

Jared Diamond asks what we can learn from traditional cultures.