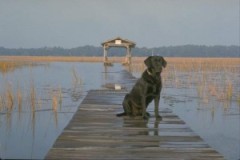 According to TheState.com, the report, completed by a working group of 18 senior state scientists under the auspices of the South Carolina Department of Natural Resources, or DNR, found that the Palmetto State faces an average temperature rise of as much as 9 degrees Fahrenheit over the next 70 years. Along with the heat would come increases in wildlife disease, loss of habitat for wild game, degradation of the state’s valuable recreational and commercial fisheries, increases in “dead zones” off the state’s coast, and salt water intrusion into coastal rivers and freshwater aquifers.

The report also issued a dramatic warning: As South Carolina’s climate warms, it could face in-migration of harmful invasive species from Florida, including piranha and Asian swamp eels.

Even more alarming than piranhas and eels, however, is the possibility that South Carolina’s conservative state government may have suppressed the report — intended for public education and planning purposes — for political reasons. ….(read more).