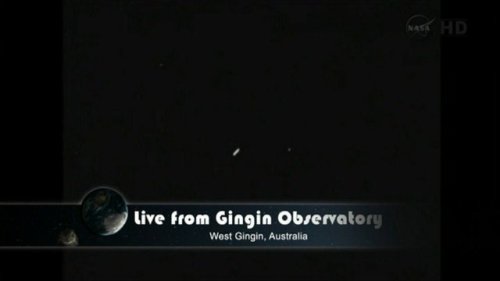 Nasa coverage of the moment the asteroid passed closest to Earth

An asteroid as large as an Olympic swimming pool has raced past the Earth at a distance of just 27,700km (17,200mi) – the closest ever predicted for an object of that size.

It passed far closer even than the geosynchronous satellites that orbit the Earth, but there was no risk of impacts or collisions.

For regions in darkness, it should have remained visible until about midnight through good binoculars or a telescope.

The asteroid’s arrival was preceded by a damaging meteor event in Russia on Friday – but indications from the meteor’s path suggest that the two events are entirely unrelated – just a “cosmic coincidence”, as Alan Fitzsimmons of Queens University Belfast told BBC News.