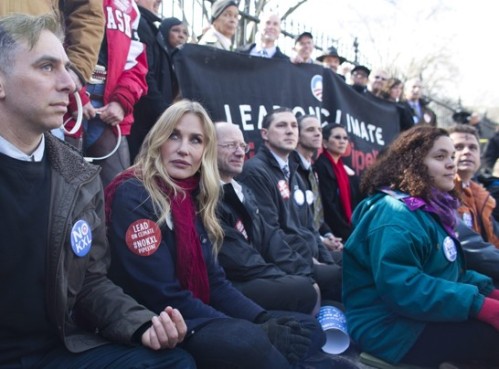 When President Obama spoke about climate change in the State of the Union address Tuesday night, he failed to mention the proposed Keystone XL pipeline, which aims to transport heavy crude oil from Canada to the U.S. Gulf Coast and which needs his approval for a construction permit.

But that controversial project — which ranks as one of the top climate decisions the president will have to make this year — took center stage Wednesday as 48 activists engaged in civil disobedience at the gates of the White House. (more).