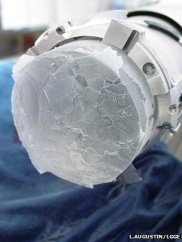 A new, detailed record of past climate change provides compelling evidence that the last ice age was ended by a rise in temperature driven by an increase in atmospheric carbon dioxide.

The finding is based on a very broad range of data, including even the shells of ancient tiny ocean animals.

A paper describing the research appears in this week’s edition of Nature.

The team behind the study says its work further strengthens ideas about global warming.

“At the end of the last ice age, CO2 rose from about 180 parts per million (ppm) in the atmosphere to about 260; and today we’re at 392,” explained lead author Dr Jeremy Shakun.

“So, in the last 100 years we’ve gone up about 100 ppm – about the same as at the end of the last ice age, which I think puts it into perspective because it’s not a small amount. Rising CO2 at the end of the ice age had a huge effect on global climate.”    …(more). 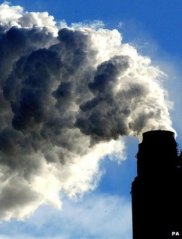 The concentration of CO2 is continuing to rise, despite global efforts to curb future increases
Related Stories

It is increasingly unlikely that global warming will be kept below an increase of 2C (3.6F) above pre-industrial levels, a study suggests.

The researchers say that emissions are the largest contributor to future climate change and a strong indicator of potential future warming.

The findings have been published in the journal Nature Climate Change.

Meanwhile, the data has been published in the journal Earth System Science Data Discussions.

Many low-lying nations have used the UN conference, which is currently under way in Doha, to call for a threshold temperature rise less than 2C, arguing that even a 2C rise will jeopardise their future.

“These latest figures come amidst climate talks in Doha, but with emissions continuing to grow, it’s as if no-one is listening to the scientific community,” said Corinne Le Quere, director of the Tyndall Centre for Climate Change Research at the University of East Anglia.

“I am worried that the risks of dangerous climate change are too high on our current emissions trajectory,” Prof Le Quere said. 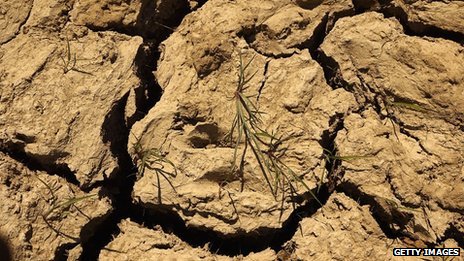 Despite a record hot year in the US, the rest of the world did not follow
Continue reading the main story

US scientists say that 2012 was among the 10 warmest years the world has experienced since 1880.

Both teams said that temperatures would have been higher if it had not been for the La Nina weather pattern that brought cooling to some regions.

They were equally certain carbon dioxide had been the principal driver of the rise over the past 50 years.

The National Oceanic and Atmospheric Administration (Noaa) said that their analysis of temperature data from a global network of weather stations indicated that the average temperature for 2012 was 0.57C above the 20th Century average.

The agency stated that all 12 years of the 21st Century rank among the 14 warmest in the 133-year period of record keeping.

“This past year, unlike the US they were not a record globally but they certainly were warm,” said Thomas Karl, director of Noaa’s National Climatic Data Centre. (more).

Even before he was sworn in for a second term President Obama’s in-tray has been bulging with letters about climate and energy issues.

The big, looming problem that encompasses both areas is the Keystone XL pipeline.

This $7bn, 1,700 mile trans-national project is meant to bring oil from the tar sands of Alberta to the refineries of Texas. Backed by industry but opposed by environmentalists it has become hugely divisive, with protestors taking to the streets outside the White House.

A year ago, President Obama kicked the issue into the long grass. Writing at the time, my former colleague Richard Black analysed the background to the decision.

But the long grass has now wilted and the President will shortly have to give a final yea or nay.

In a recent letter to the President, 18 well known climate scientists urged him to reject the pipeline on the grounds that it increases US reliance on fossil fuels. …(more).

A gamma ray burst, the most powerful explosion known in the Universe, may have hit the Earth in the 8th Century.

In 2012 researchers found evidence that our planet had been struck by a blast of radiation during the Middle Ages, but there was debate over what kind of cosmic event could have caused this.

Now a study suggests it was the result of two black holes or neutron stars merging in our galaxy.

This collision would have hurled out vast amounts of energy.

The research is published in the journal Monthly Notices of the Royal Astronomical Society. 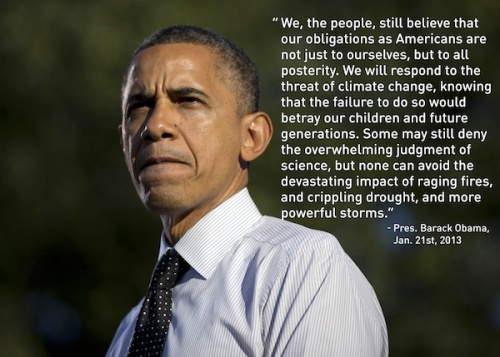 President Barack Obama is pledging to respond to what he calls “the threat of climate change.” He says that failing to do so would be a betrayal of the nation’s children, and of future generations. (Jan. 21)

How to Spot a Communist

How to Spot a Communist

Climate Denial Crock of the Week: “The Earth is Carbon Starved.”

The history of the earth is immense, and diverse – and its easy to get confused and mangle history, — to mix things that never belonged together in the real world.

What was natural in the distant past might not be a good fit alongside man’s creations.
Human beings and the climate of the ancient world, could find themselves on a collision course.

A major drop in seawater 87Sr/86Sr during the Middle Ordovician (Darriwilian): Links to volcanism and climate?
http://www.geology.ohio-state.edu/~saltzman/young_et_al_2009.pdf

“Changing times calls for changing lifestyles.” says Brian Kerkvliet. “So [weapos;ve] put more energy into the land? The more you get your fingers in the soil, the more endorphins rush through your head. You get excited by all of that.” Using permaculture and biodynamic practices, Brianapos;s family is endlessly experimenting and innovating to find what works. His wife Alexandra and daughter Rosalie introduce us to the goats, pigs, and cows who are essential players in their farmapos;s web of life. Donapos;t miss the outdoor shower with water heated by microbes in the compost pile! (Episode 226). [inspirationfarm.com]

The Victory Garden movement is an old tradition to those Americans who were previously called upon to grow fruits and vegetables to aid in the food shortages of World War II. After many years of being dormant, the movement is resuming in a milieu of locations to decrease the dependence on mass-produced food, reduce our carbon footprint, and create an awareness of the foods were using to nourish our bodies. Nonprofit organizations like Garden for the Environment are emerging with a vision to inspire farming beyond the borders of countryside acres to parcels of land sprouting amid concrete backyards.