Aaron Swartz – a Fighter Against the Privatization of Knowledge 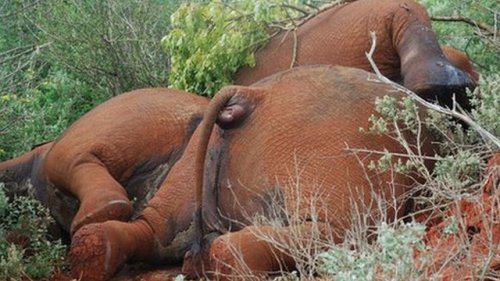 The BBC’s Gabriel Gatehouse reports from the scene in Kenya

Three elephant corpses lay piled on top of one another under the scorching Kenyan sun.

In their terror, the elephants must have sought safety in numbers – in vain: a thick trail of blackened blood traced their final moments.

In December, nine elephants were killed outside the Tsavo National Park, in south-eastern Kenya. This month, a family of 12 was gunned down in the same area.

In both cases, the elephants’ faces had been hacked off to remove the tusks. The rest was left to the maggots and the flies. …(more).

How neoliberalism trashed your life, but made the super-rich even richer.
By George Monbiot, published in the Guardian 15th January 2013

This is not the result of chance. The rise in the fortunes of the super-rich is the direct result of policies. Here are a few: the reduction of tax rates and tax enforcement; governments’ refusal to recoup a decent share of revenues from minerals and land; the privatisation of public assets and the creation of a toll-booth economy; wage liberalisation and the destruction of collective bargaining.

The policies which made the global monarchs so rich are the policies squeezing everyone else. This is not what the theory predicted. Friedrich Hayek, Milton Friedman and their disciples – in a thousand business schools, the IMF, the World Bank, the OECD and just about every modern government – have argued that the less governments tax the rich, defend workers and redistribute wealth, the more prosperous everyone will be. Any attempt to reduce inequality would damage the efficiency of the market, impeding the rising tide that lifts all boats(2). The apostles have conducted a 30-year global experiment and the results are now in. Total failure. ….(more).