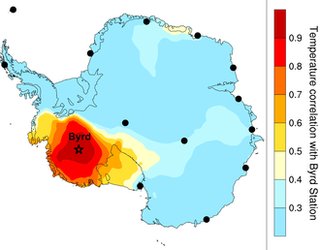 A new analysis of temperature records indicates that the Western Antarctic Ice Sheet is warming nearly twice as fast as previously thought.

US researchers say they found the first evidence of warming during the southern hemisphere’s summer months.

They are worried that the increased melting of ice as a result of warmer temperatures could contribute to sea-level rise.

The study has been published in the journal Nature Geoscience.

The scientists compiled data from records kept at Byrd station, established by the US in the mid-1950s and located towards the centre of the West Antarctic ice sheet (WAIS). …(more).

Environmental Markets – A Year in Review

Happy New Year from the Carbon Credit Capital and CINCS teams! Below we have given an overview of some of the top stories of 2012, some salient reports and publications, as well as analysis and predictions for what 2013 holds in store. We look forward to bringing you the most relevant information to your inbox and wish you a prosperous and successful 2013.

Sincerely,
The CCC and CINCS Team

The Doha climate talks were a start, but 2015 will be the moment of truth | Michael Jacobs | Comment is free | guardian.co.uk

With time running out to tackle global warming, sustained global pressure must be put on governments to reach a deal in 2015 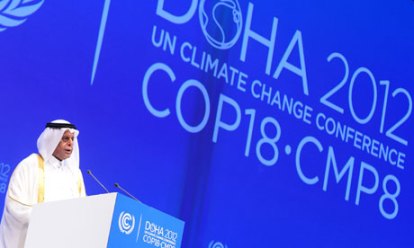 ‘The global public are not now mobilised around global warming – but that is almost certain to change.’ Photograph: EPA

It is almost a ritual now for UN climate change negotiations to reach the brink of collapse before a nail-biting, past-the-deadline compromise is achieved. But the tortuous conclusion to this year’s talks in Doha, Qatar, only sets the stage for a much bigger drama three years hence, in 2015, when a new comprehensive agreement must be reached.

The Doha deal creates a bridge from the old climate regime to a new one, but leaves its future shape and ambition still to be determined.

By securing the continuation of the Kyoto protocol for a further eight years, it preserves the vital framework of international law, and retains hard-won rules on accounting for emissions and trading between countries. But, at the same time, the Doha deal confirms that in 2020 Kyoto will be wound up. It will be replaced by a single legal agreement that ends the outdated binary distinction between “developed” and “developing” countries and requires all to make commitments commensurate with their level of development. ….(more).