Geeky Science – How do we warn future earthlings…?

The Video Monsanto Does NOT Want You to See! Brought to you by Nutiva and Elevate

What is a GMO, and how do GMOs effect you and your family?

The same corporations that said DDT and Agent Orange were safe have now put millions of dollars into the campaign against our right to know what’s in our food. In November, Californians will vote on the most important issue to ever effect our food supply. As Goes California, So Goes the Nation.

Vote YES ON 37 Because We Have The Right To Know What’s In Our Food!

Learn more about this important ballot initiative, and the future of your food supply here: http://www.carighttoknow.org/donate

Who Needs Kyoto? Cheap Natural Gas Is the Answer

Last week’s global climate talks in Doha, Qatar ended without any further deal to curb greenhouse gas emissions. That leaves the 1997 Kyoto Protocol in place, which it extended. The only trouble is the United States never ratified the accords, which call for reducing national emissions of CO2 and related gases to 1990 levels by 2020. To make matters worse, in the intervening years, Canada and Japan opted out of the accords. With Doha a failure, and Kyoto in tatters, the environmental community was in a funk. 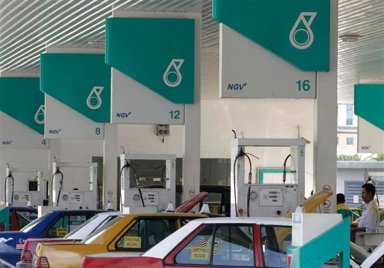 But before the Doha meeting even began, a bright spot emerged that no one saw coming. According to the U.S. Energy Information Agency (EIA), America’s greenhouse gas emissions are now at 1992 levels, down from their peak in 2008. Despite refusing to ratify Kyoto, the United States could be the first developed nation to reach the target.

Who would have thought?

The United States has become one of the cleanest, greenest countries on earth, relative to the size of its gross domestic product. In 2008, CO2 emissions were about 1,600 million metric tons a year, according to the EIA. Today, they are 1,300 metric tons, a drop of nearly 20 percent.

The reason for the change is price, not politics or treaties. Natural gas, which emits 43 percent less CO2 than coal, and revvsame time, the industry is getting more efficient. New pipelines are being built, replacing trucks, and fracking technology is improving as larger drilling contractors and energy companies get involved. Some companies are beginning to recycle water and the industry is getting more transparent about the chemicals it uses.

It’s difficult to precisely compare the price of a natural-gas kilowatt of electricity versus the price of a coal kilowatt, because of differences in technology and other factors at the nation’s power plants. And, it is true that coal prices have been falling due to slack demand. But as more natural gas fields come online, coal’s share of the market is likely to fall even further

Post Kyoto, policymakers and pundits argued that the only ways to lower greenhouse gas emissions was either to put a tax on carbon or to create markets for CO2, using the mechanism of cap and trade. Since cap and trade was successful in reducing emissions of sulfur dioxide, which causes acid rain, the reasoning was it could solve the much larger problem of CO2 emissions.

But neither of these governmental alternatives are needed as the United States races ahead of other countries in the reduction of emissions. Cheap natural gas, not expensive carbon, is what’s pushing emissions down.

It is ironic that the a country that declined to ratify the Kyoto protocols is now poised to exceed the standard in levels and perhaps timing. But prices send a message policymakers are hard pressed to duplicate and should not ignore. In a market environment, whatever is cheapest sells. And what is selling now is cleaner air.

Joel Kurtzman is a senior fellow, executive director of the Center for Accelerating Energy Solutions and publisher of The Milken Institute Review. He is also a senior advisor to Knowledge Universe. Previously, he was global lead partner for Thought Leadership and Innovation at PricewaterhouseCoopers, where he was responsible for developing new, marketable ideas in strategy, technology, the capital markets and business policy. He was also responsible for the firm’s Menlo Park Technology Research Centre, its technology forecasting teams and its innovative R&D.

Inside Story – Is space exploration worth the cost?

Scientists have seen further back in time than ever before, with astronomers gazing at galaxies formed shortly after the Big Bang, over 13 billion years ago. Is space exploration costing the earth? Guests: Kamal Chenoy, Max Raskin, Francisco Diego.

Barely a week after Typhoon Bopha destroyed their homes, people in Monkayo in the southern Philippines are starting to rebuild their lives.

The typhoon has left at least 902 people dead mostly on the southern island of Mindanao, where floods and landslides caused major damage in nearly 2,000 villages on December 4, the civil defence office said on Thursday.

More than 300 fishermen are still believed to be lost at sea.

Al Jazeera’s Marga Ortigas reports from the Compostela Valley, one of the worst affected areas.

How to Create Viral Infographics

Did You Know – Technology & Internet Statistics

http://www.wsiforall.com How current statistics from the world, technology and the Internet compare with a few decades ago, especially when we consider the impact of the Internet in our lives.

Just few Internet Statistics you should be aware if you are a business owner who does not have web presences. If you need SEO, Local SEO, Social Media KP Internet Marketing can help